Baba Vida is the only fully preserved medieval fortress in Bulgaria. It is located in the town of Vidin on the banks of the Danube River. I wanted to visit this landmark for a long time, but its location in the Northwestern part of Bulgaria required a long road trip and a lot of free time.

And so the time came to take a tour of the sights in North-Western Bulgaria and the Vratsa Balkans in particular. Here are some of the sights I visited – Monument to Diado Yotso, Citadel Fortress in Mezdra and Ledenika Cave.
And since I was so close, I had to stop by the medieval fortress of Baba Vida. It is located in a large park in the center of Vidin. I didn’t see many signs in the city pointing to the fortress until you approached the park area itself.

There are several parking lots around the park area and you should not have a any problems parking your car. The fortress is very impressive and can be seen from afar. I immediately realized that the road to get there was well worth it. Seeing the huge walls and high towers is like going back to the Middle Ages.

There is a legend that there once lived a Bulgarian boyar who had three daughters – Vida, Kula and Gamza. After his death, they divided his estates as the two younger sisters, Kula and Gamza, married hastily and their husbands squandered their inheritance very quickly. The eldest sister, Vida, was left alone for the rest of her life, and under her leadership a castle was built in which she lived her life. As a sign of gratitude after her death, people named the castle – Baba Vida or Babini Vidini towers as the fortress is also known.

Places to stay near Vidin

The fortress is located on an area of 9.5 decares and is surrounded by a protective pit 12 m wide and 6 m deep. Baba Vida Fortress has a quadrangular shape, each side is about 70 meters long. The castle has 2 parts – internal (higher) with 9 towers and external (lower) with 2 towers. On the north side is the entrance tower, where in the past a wooden drawbridge, which is now made of stone, passes over the moat, which also in the past was filled with water from the Danube.

As the castle is located right on the banks of the Danube, it offers beautiful views of the river and also the Danube Bridge 2. Through a small arch in the fortress wall you can go down to the very bank of the river. On the upper part of the fortification wall on the side of the Danube there is sprinkled sand and a separate beach volleyball court. There are many benches and recreation areas where you can enjoy the view of the fast flowing Danube River.

Places to stay near Belogradchik

The price for the entrance to the Babini Vidini Kuli fortress is BGN 5 (as of March 4, 2022). Crossing the bridge and entering the north tower literally takes you to the Middle Ages and you feel like a knight or a princess from fairy tales. The castle seems to be unaffected by the weather. All the walls, towers and rooms are extremely well preserved, and although the fortress itself is more than 2,000 years old, it looks like it was built yesterday.

In the castle itself you will see several rooms with exhibits that embody scenes from life in the fortress itself. There are several options to climb to the top, where there is a large area with cannons and a beautiful view of Vidin and the region. It is mandatory to climb one of the towers in the Baba Vida fortress. Although climbing to the top is a somewhat extreme adventure, it is well worth it. All floors in the towers are made of wooden planks and the stairs are also made of wood. At the very top you have to be very careful because the windows do not have fences, but the view from them is worth it. You can very easily imagine how archers defended the fortress from here.

For me, Babini Vidini Kuli is one of the most beautiful and preserved medieval fortresses I have seen in Bulgaria and around the world. I recommend it to anyone who has the time and opportunity to visit it. After visiting the castle, if you have time, you can walk around the park where there are other exhibition halls with interesting exhibits. Unfortunately, I did not have much time for walks, because the next landmark in Northwestern Bulgaria was waiting for me – Magurata Cave.

Nikolay Stoimenov Travel blogger and web guru
My name is Nikolay and this is my blog for travel itineraries and trips. Follow me on social media to discover new destinations and amazing trips. 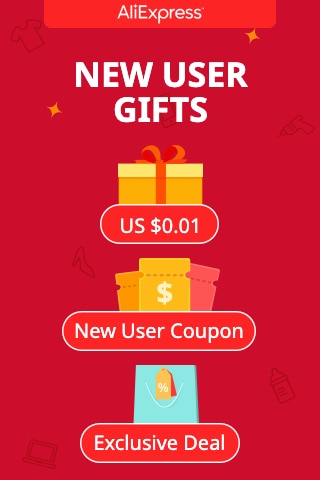 We use cookies to ensure that we give you the best experience on our website. If you continue using the website this means that you are OK with that.